Welcome to the April, 2013 edition of the History Carnival, a monthly showcase of the best history blogging there is. I'm pleased as punch to host the 120th carnival for the first time here, so while the kids are eagerly gobbling the last of those candy eggs, grab a balloon, some cotton candy or nibble the ears of a chocolate bunny, and see what there is to see!

Nominations fell into a few distinct categories: Medical, Social/Political, Food, and what I considered Entertainment.

To kick things off, and in time for the 125th anniversary of the Matchgirls' Strike of 1888 later this year, Natalie Bennett over at Philobiblon writes about Matchwomen – founders of New Unionism. A new book by Louise Raw called The Bryant and May Matchwomen and their Place in History tells a different side of the traditional tale; of the young women who unionized and got what they wanted, thus kicking off a major part of British political history.

Over at the Women's History Network Blog they've written about Women, Politics, Parliaments – Bringing about Democracy, an informative post about the democratic representation of women in the Australian Parliament while the UK History of Parliament Blog discusses the Welsh representation in Parliament during the Cromwellian Protectorate in Welsh Electoral Arithmetic, 1640-1660.

Apparently, the state of the economy over in Britain isn't any better off than it is here in the US, as James Pennock writes over at History Matters in his post called Taxing Times in 2013 and 1013: The Anglo-Saxon State We're In. Funny how history repeats itself, innit?

Quarry Hill Flats, Leeds: ‘They didn’t get it wrong – well not for me anyway!’ at Municipal Dreams talks about the sense of community at the now non-existent rehousing scheme in Leeds. Built to house the working class, the multi-storey flats boasted amenities that modern middle class apartment flats don't have today. Deemed a failure, the development was bulldozed in the '70s. My humble opinion is that much of what was subsequently built in the '70s should be bulldozed.

Paul Doolan at Thinkshop writes about Collective Memory, how it is "manufactured and distributed, passed on and passed down, through huge variety of media", how we as individuals and a culture are shaped by it, and how collective memory for one culture can be a memory of another kind for a different culture. Something to think about in our ever shrinking global community.

Just about every American school kid learns something about Johnny Appleseed but what my class was never told was that his popularity was due to his growing of cider apples. Being a fan of a good pint of hard cider myself, I was interested to learn of this cheap and cheerful drink's role in Hard Cider and the Election of 1840, as told by William Kerrigan over at American Orchard. Cheers!

As an excellent segue into the history of food, we learn about Early Modern Comfort Foods from Amanda Herbert at The Recipes Project. She traces the route of the Brigham account book which passed from owner to owner and crossed the Atlantic, collecting recipes for familiar and exotic foods. Having arrived in the New World, the familiar recipes gave comfort to New World settlers, who also imported many of the culinary plants with which they created these homely dishes.

Using a metaphor of cheese-making and maggots, historian Niamh Cullen writes about  Carlo Ginzburg and the ‘euphoria of ignorance’: Thinking about how to do history. Ginzburg uses the metaphor from 16th century Italian miller Menocchio to illustrate a new way of looking at historical research.

Everyone knows that sex sells, and a clever use of this maxim at The Renaissance Mathematicus on how to Pep up your sex life with a pinch of salt by Thony C. hooks you in and introduces you to the biography of a one Dr. Thomas Moffett who wrote Healths Improvement: or, Rules Comprising and Discovering The Nature, Method, and Manner of Preparing all sorts of Food Used in this Nation in 1655. The good Dr. co-compiled the Pharmacopaeia Londinensis, later transcribed by Nicholas Culpepper, the apothecary, whose Herbal I enjoy perusing. As a bit of trivia, Dr. Moffett's daughter attained lasting nursery rhyme fame as Little Miss Muffet due to her father's work as an arachnologist.

Medically speaking, The Coolest Thing You’ll See All Day: The Renaissance Anatomy “Pop-Up Book” comes from Jennifer Sherman Roberts at Out of Time. I wish they'd thought of this when I had to take 7th grade biology. And don't we pine for the days when library books carried plates asking readers to 'report to the local librarian any case of infectious diseases occurring in the house while a library book is in (your) possession'?  Infectious Pleasures at Centre for Material Texts will regale you with the story of just such a book.

If you want to amaze and amuse your friends at parties, Jennifer Ouellette at Cocktail Party Physics tells you how in Casting the Yarrow: An 18th Century Method for Calculating Pi. It seems a one Georges-Louis Leclerc, Comte de Buffon, figured it out. He also wrote Histoire Naturelle which inspired Darwin's Origin of Species.

Finally, for sheer historical entertainment, read about  Lord and Lady Grange; Or, Why It Is a Great Pity the 18th Century Never Got Around to Inventing Reality TV by Undine at Strange Company. Dr. Phil can't hold a candle to these two. If your taste runs a bit more modern military, try  Five D-Day Veterans Talkin' Saving Private Ryan at Oral History Audiobooks.

Thanks for coming to the Carnival! Stay tuned for next month's carnival at The Junto: A Group Blog on Early American History. To submit your nominations, go to The History Carnival.
Posted by Debs at 12:00 AM 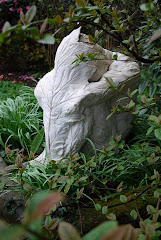